His novel, Busara Road, published by New Door Books, was awarded a Gold Medal by the Nautilus Book Awards, was named a Finalist for the Eric Hoffer Award Montaigne Medal and the Screencraft Cinematic Book Competition, and was shortlisted as a finalist for the William Faulkner – William Wisdom Prize for a novel-in-progress. His screenplay, based on the novel, was named a semi-finalist for both the Rhode Island International Film Festival Screenplay Competition and the Cinequest Screenwriting Competition. Find out more about Busara Road, and New Door Books, by clicking HERE.

David is a winner of the Benjamin Franklin Tercentenary Autobiography Project, the Third Coast national fiction competition, and the Dwell/Glass House Haiku Competition; and he is a two-time finalist for the SLS International Fiction Contest and a finalist for the Crescent Review’s Renwick-Sumerwell Prize and the New Letters National Fiction Award. His fiction has been broadcast on public radio and his short plays have been produced by Philadelphia’s InterAct Theatre Company and Brick Playhouse. He has also been named a Writing Fellow and Artist in Residence at the New York Mills Regional Cultural Center in Minnesota, and selected for several writer’s residencies at the Virginia Center for the Creative Arts and at the Vermont Studio Center.

In addition, his essays, reviews, and articles have appeared in several national and regional magazines, newspapers, and journals, including Harvard Educational Review, Bostonia Magazine, Philadelphia Inquirer, Woodworker, and many others, and have been recognized with awards that include four CASE Awards, two IABC Epic Awards, and the Jesse H. Neal Medal.

David was the founder, curator, director, and host of Writing Aloud, the “Best of Philly” performance series at InterAct Theatre in Philadelphia that featured short fiction read by professional actors on stage and on public radio. He has served as a writing instructor at the University of Pennsylvania and as a member of the editorial advisory board for New City Press at Temple University. He has also served as the editor of publications at Harvard University, Boston University, the University of Pennsylvania, Winterthur Museum and Gardens, WXPN-FM public radio, and elsewhere.

He has held positions as president or vice president of three communications consulting firms, including his own, David Sanders Communications, and he has served as an arts administrator for performing companies that include Boston Concert Opera, American Repertory Theater, Danceworks Dance Company, Agassiz Drama Program, Pilgrim’s Progress Theater, and InterAct Theatre, where he served as Chair of the Board of Directors.  David earned his M.B.A. in non-profit and public management at Boston University, Ed.M. in administration, planning, and social policy at Harvard University, and B.A. in humanities at New College of California. 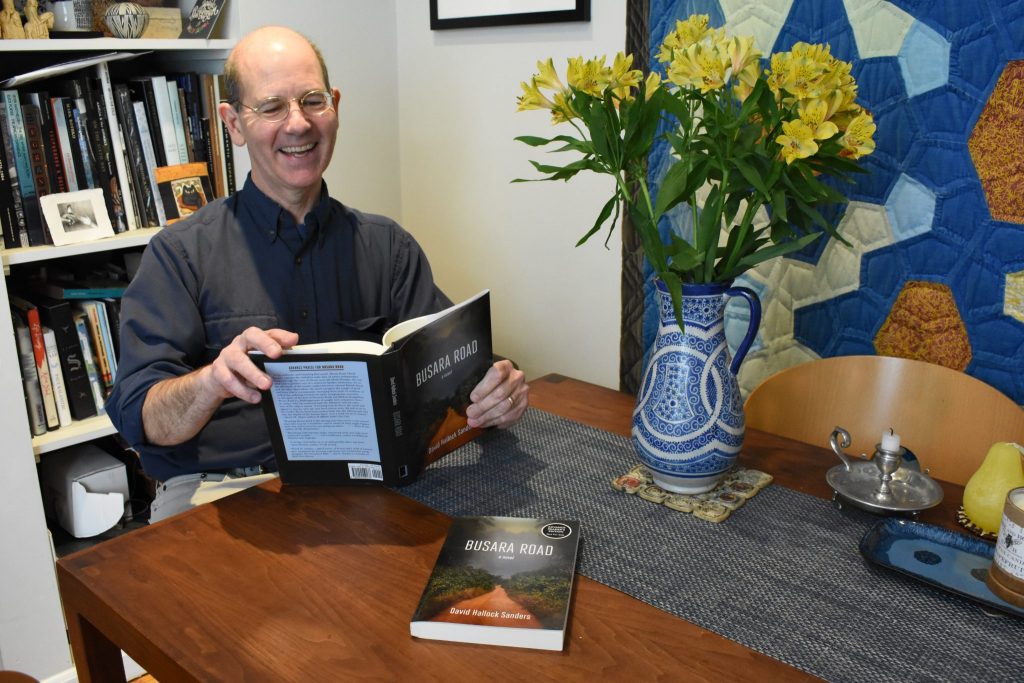